JEROME A. POLLOS/Press..A Kootenai County firefighter stands among burned timbers next to a mobile home that was destroyed Tuesday north of Rathdrum. The fire is believed to be caused by a heating pad that was left plugged in according to what the homeowner told investigators. The fire caused a power line to break, sparked off a grass fire and set a number of trees on fire on the property at Highway 41 and Golden Avenue. No one was injured in the incident in which firefighters from Northern Lakes, Kootenai County, Coeur d'Alene, Timberlake, Spirit Lake and the Idaho Department of Lands responded to. 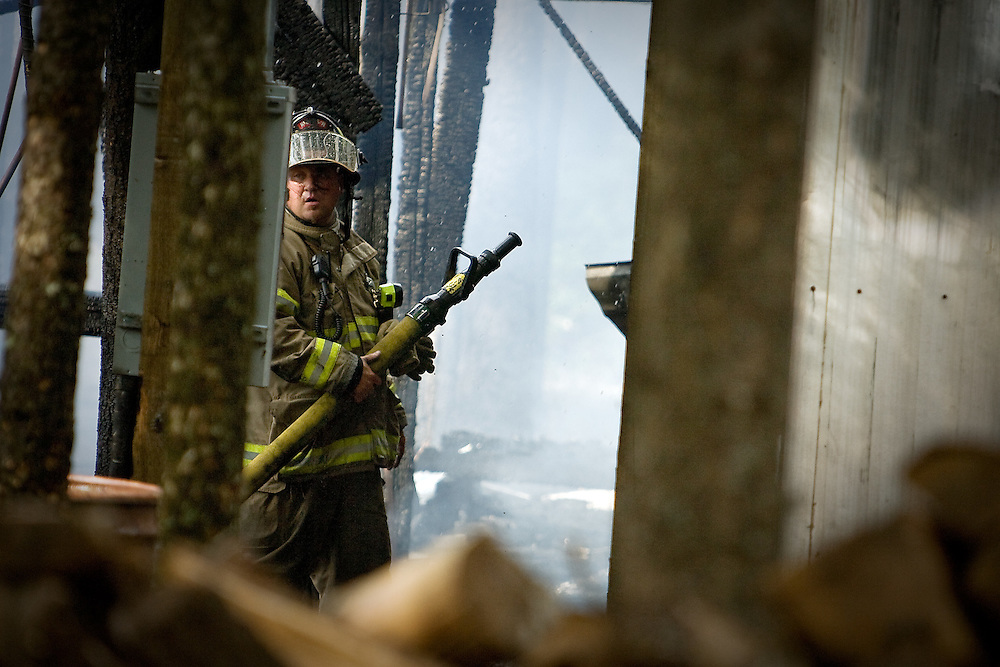